Macedonia in the Bible 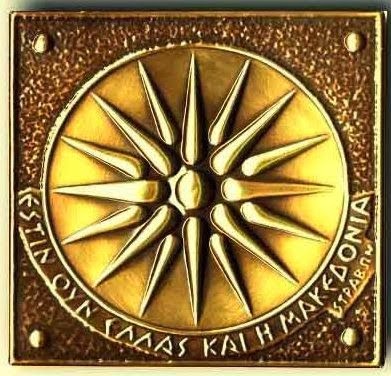 "And a vision appeared to Paul in the night: There was a man of Macedonia standing, beseeching him, and saying, Come over into Macedonia, and help us. And when he had seen the vision, straightway we sought to go forth into Macedonia, concluding that God had called us to preach the gospel to them. Setting sail therefore from Troas, we made a straight course to Samothrace, and the day following to Neapolis;and from thence to Philippi, which is a city of Macedonia, the first of the district, a Roman colony: and we were in this city tarrying certain days." (Acts16: 9-12)

"But when Silas and Timothy came down from Macedonia, Paul was constrained...

Read more »
Posted by Maria Seferou at 13:02 No comments:

Email ThisBlogThis!Share to TwitterShare to FacebookShare to Pinterest
Labels: Biblical verses on Macedonia, Macedonia is Greek 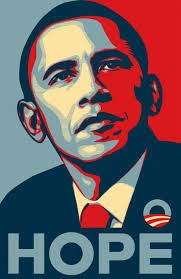 "We have a hero in the making back in the United States today because we have a new candidate for president of the United States, Barack Obama. For all of us that have dreams and hope, Obama is a hero," said George Lucas, the creator of "Star Wars" series, when asked who his childhood heroes were. (TOKYO - AFP - June 3, 2008)
Indeed, in spite of the gloomy condition of national and international affairs, some romantic of us still dare to dream and hope for a world where sanity, love, justice, peace and prosperity will prevail over madness, hatred, injustice, war and poverty. And with Barack Obama in the White House some of those dreams and hopes have a chance to come true. This is my opinion, anyway.

I am not a US citizen, but there again, the question "WHO is President of the United States of America" is not simply an American issue. It is a global issue. Since the American militaristic empire, in her aggressively insatiable endeavor to take control of the Earth's energy resources, has long ago put on the mask of the nations' advocator for freedom and democracy, thereby arbitrarily taking up the role of the World’s, often brutal, policeman,...

Read more »
Posted by Maria Seferou at 15:47 No comments:

Email ThisBlogThis!Share to TwitterShare to FacebookShare to Pinterest
Labels: banking establishments, Barack Obama member of the CFR, invasion of Iraq, the real rulers in Washington

The Betrayal of the Olympic Spirit 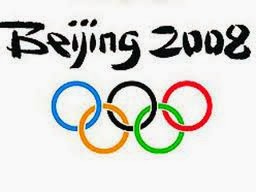 If we want to be true to ourselves, we must admit that the modern aggressively commercialized Olympic Games have blatantly and in many different ways betrayed the beauty, the greatness and the trueness of the ancient Olympic Spirit.

The fundamental principles of the Olympic Charter, i.e. “The preservation of human dignity” and “Respect for universal fundamental ethical principles” have been systematically violated. Never mind that every four years the awe-inspiring Olympic Anthem is performed in the opening ceremony of the Olympic Games, the authentic ancient Olympic Spirit is lost and needs an alarm for global ethical awakening in order to be revived…

Read more »
Posted by Maria Seferou at 23:58 No comments:

The Dangerous Lunacy of Christian “Rapture” 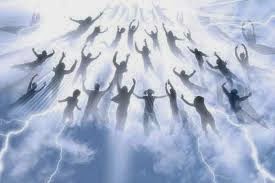 When you feel the need to laugh out loud for therapeutic purpose, you don’t always have to watch a comedy show. Instead, you may visit an Internet ‘Christian’ kindergarten, i.e. a forum where the “elect” are conversing about their imminent so-called ‘Rapture’ by Christ.
To be precise, this much-awaited illusive Rapture was “imminent" even in the days of the Apostle Paul, but it has not turned up yet!
All the same, the Bible-thumbers are not discouraged, and continue to look forward to their miraculous lifting off to heaven. This hilarious doctrine is especially popular in the United States, where every wind of doctrine finds fertile ground and all god-mongers become millionaires, thanks to the gullibility of many American people.

Over the years I have been seriously trying to explain how so many otherwise intelligent people can become victims of religious brainwashing...

Read more »
Posted by Maria Seferou at 13:36 No comments:

Email ThisBlogThis!Share to TwitterShare to FacebookShare to Pinterest
Labels: apostasy of Christianity, lunacy of rapture, mark of the Beast, Rick Warren, Tribulation

At last! Someone found the magic formula for us! If you ever had the wild ambition to be happier than God, now is your chance.
Neale Donald Walsch will show you the way, i.e. how to chase a chimera!
On the 26th of February 2008, when I opened my e-mail inbox I found a message from N. D. Walsch announcing his newest book with the sacrilegious and provocative title, “Happier than God”.
On the subject line it read: “My New Book Just Released. Buy Now with Free Gifts”.
I confess to you that the very title stirred up negative feelings in me.

“Oh, no!” I thought. “Not another Godmongering title by the same author!”
He had better recommend his book to someone who is suffering from a terminal disease,...

Read more »
Posted by Maria Seferou at 03:13 No comments:

The Perils of the Anarchist Utopia 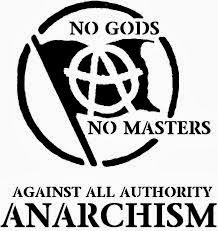 Violent Anarchism is the offspring of an era barren of sane and wholesome ideologies due to the moral bankruptcy of our high-tech materialistic and hedonistic culture. Naturally, a corrupt tree produces rotten fruits. There is nothing abnormal about it.
So, before we single out, judge and condemn the incongruous and dangerously angry mask-wearing young adults for preaching anarchism by throwing Molotov bombs around, or, in the best case, by writing insulting messages on walls, we should first look for the roots, i.e. the cause of this tragic social phenomenon.
Every reaction presupposes an action that has provoked it. Regrettably it goes without saying that rampant corruption in high places of government generates antagonistic forces in society that are bound to create vicious storms of bloody violence. And this is what we have seen being repeated in human history, both in an ethnic scale and in a larger international scale.
Therefore, we should first condemn our corrupt democratic system for cynically and habitually violating age-old moral principles; we must denounce the ruling politico-economic class for its covert or overt violence; we must hold our governments responsible for oppressing millions of people with innumerable social evils, for their provocative injustice, and their aggressive exploitation of the most vulnerable members of our society.

Surely, it is easy to condemn those frustrated youngsters and deride them as coward for perpetrating crimes behind black masks, but, alas, we usually endure without complaint those rascals in high places of power...

Read more »
Posted by Maria Seferou at 23:35 No comments:

The Perplexing Last Words of Jesus 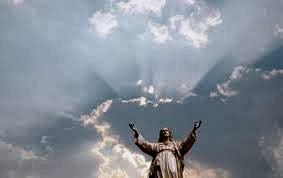 There is no doubt that Jesus’ impact on history is unique. Whether the overall impact of this great Jewish prophet and mystic was positive or negative for humanity is up to the unprejudiced individual to judge, although, in my opinion, an objective assessment is not that easy.
Few people would argue that Jesus has been both passionately loved and vehemently hated by men more than any other historical or mythical figure.
Under the inspiration of Jesus’ name, the greatest acts of sacrificial love have been performed and the finest pieces of art have been created; but, alas, also in his name, the most ugly wars have been fought by his fanatic followers, not that he is in any way responsible for that.

In my opinion, Jesus’ teachings centered on love have had an undisputable positive effect on humanity, while the man-made doctrines about his ‘atonement’ and his supposedly equality with God have been a stumbling block and are responsible for many destructive divisions in mankind. The aim of this article is not an overall account of Jesus’ life but the analysis of his last words, and specifically the prayers he prayed, as recorded in the Gospels.

I wish I were sure that all the words which, according to the Bible, were uttered by Jesus are definitely his own and have not been put into his mouth by the writers of the Gospels much later. But, to be honest, I am not. My doubts are reinforced by the fact...

Read more »
Posted by Maria Seferou at 14:21 No comments:

Nature Declares the Glory of God 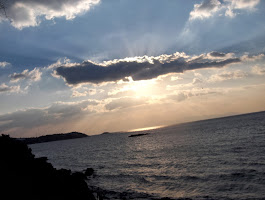 Magic in the sky!

Other websites of Maria Seferou

Maria Seferou
I was born in Dendron, a small village of Peloponnese, Greece. I studied Civil/Structural Engineering at National Technical University of Athens and had a successful 20-year professional career both in Greece and in England. Since 1985, I have been a writer of non-fiction books and articles on religious, philosophical, political and social issues. I have also written some short stories.